As last minute as you can get this one.

I setup my stream and went off to change and came back with 1 min 40 to go. Shit! I grabbed a pint of water, got my shoes on, started the stream and mounted my bike with 8 secs to go!

Straight out of the pen full bore to stay with the leaders before it settled down to about 6 of us.

I like this course. Nice and bendy, undulating with a couple of stiff hills, power drags where you can turn on the hurt and a fast descent straight into the last km. The first lap was tasty with a few having a dig. The 2nd lap was much steadier. It was bit cagey before the main climb where it kicked off again with all of us testing each other. It stretched a bit as the gaps are harder to close when there are only 5 of you. The 3rd lap overall was the easiest but had the longest dig so far on the climb. Everyone sat in for the last lap and it gradually wound up to a big dig on the climb and the drag to the KOM line. No one eased up and my graph went into red peaks as I had to keep digging in to stay in touch. I fancied the sprint and wound up my big gear on the descent. I came round the leader with 400 to go but the 2 in front used power ups (I didn’t use mine all race. Wasn’t sure if they were allowed). I thought I got 3rd but the result screen said 2nd so not sure. Podium and the orange jersey for the Hilly Loop KOM anyway! 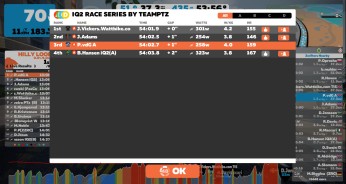 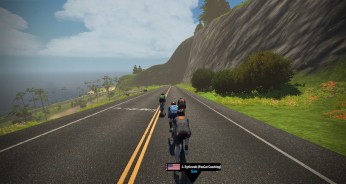 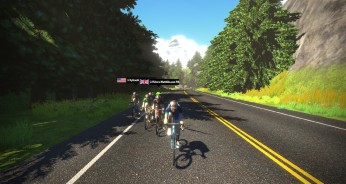