I’ve already highlighted that the ‘new’ Chase the Sun ride up North was on my list of goals for 2019. I got the email a couple of weeks ago telling me entries were open and then a dose of reality hit me and a bit of self-doubt set in before I finally took the plunge and entered this week.

I started thinking about the logistics and questioning the sense in telling everyone about it which put some doubts in my mind for a bit before I gave myself a slap round the back of the head and said just get on with it.

We were talking about New Year resolutions and goals at work this week and, as expected, my colleagues bulked in disbelief when I told them I was riding 200 miles in a day. That kind of reaction kind of spurs me on in a twisted way. So I entered as soon as got back to my desk.

Despite being way longer and further than any ride I’ve ever done, I’m reasonably confident with some careful planning, good training and decent weather it will be a stiff test but OK. I put myself in the bracket of an experienced, decent rider for my age and lucky enough not to carry too much timber . I’ve convinced myself there are older, fatter and less-fit riders that have completed something similar so that makes it easier for me. Keeps the doubts at bay anyway.

So, I’m waiting for payday at the end of the month and then I’ll book accommodation. Training has already begun which will shortly be complimented with some core body conditioning to help with the 12-14hrs on a bike I’m faced with.

Silly question, but does anyone else want to have a go? 🙂 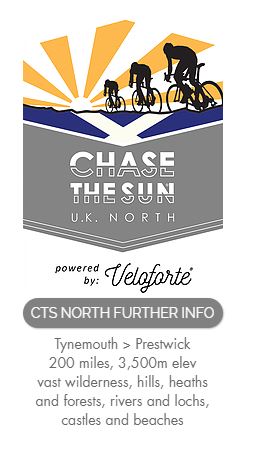