Course: Out and Back
Distance: 42km

Decided to ride this last minute, 30 mins after I got in from my commute home on the bike. I’d ridden hard to and from work yesterday so my legs were a bit tired but I was looking for a good, sharp workout. This team event was on so I thought I’d chip in and see what happened.

40+ started in the pen and it was a pretty fast start. I held my usual 400+ watts for about 30 secs and despite hanging onto the coat tails of the peloton early on I soon got back in the mix.

Its clear I’m still a bit ring rusty. Early on I was surging too hard and not riding the waves of riders properly and the constant change of pace was lacking that you get from regular Zwift racing. The signs were good though and I was holding fine through the desert. As we climbed up into the Redwoods an attack went which stretched us and I was able to respond fine. We dropped into the tunnels and the next attacks stretched the group again on the ramp out and then it eased but the pace was still high through the Italian Villas. Onto the Volcano climb and the touch paper was lit. The strongest were pushing 6w/kg+. The elastic was stretching and I held on until after the tunnel and then I blew. I eased a touch and pushed hard till the top but I was in no-mans land. On the descent team mate Henderson was catching me slowly so I eased and he got upto me on the Volcano flat. I tried to work with him but on the ramp out of the Italian Villas I told him to go and he flew. I hauled my ass of the KOM and got caught by a couple of riders on the descent but I was smashed to bits. I hung on a rolled with them and tried to sprint as one went with 600m to go but I was spent and rolled in 30th or so.

200 miler on Sunday. That’ll be different 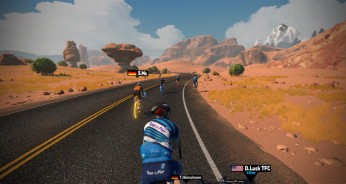 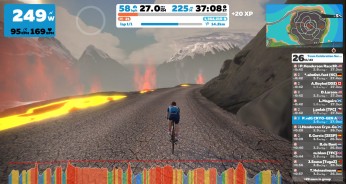 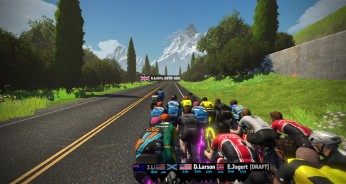 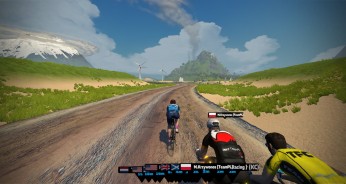 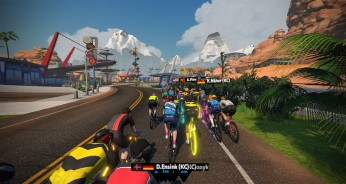 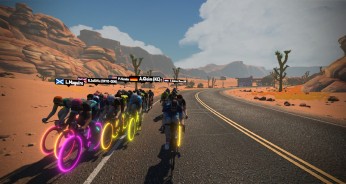