Sometimes, after a Sunday and Monday off and a Tuesday morning ride I can be super strong on a Tuesday night so rather than just do a ride I entered a race tonight.

Faffing like normal I left it late to setup, calibrate and do my feed. Right at the death I realised my YouTube preview wasn’t working so fixed that and went live with a couple of secs to go. I sprinted out the pen and then realised my HRM wasn’t paired so I sorted that in game, got back to the race and I was off the back going up the first drag. Shit! I burned a couple of matches over the top and (just) managed to get on the coat tails of the lead group which had formed of about 12 riders. The pace was steady and remained so at 3.5 to 4’s which gave me sometime to recover. There were a couple of surges off the front, not proper attacks through the oasis and just out of the gorge before it settled down again. As expected the power went up and split the group up the drag to Titans Grove and the surges and splits went again on the first climb. I held onto the lead group as we descended into the Grove’s mist but on the KOM I popped, legs sapped from the weekends epic ride on Rouvy. No bother, I got caught by another rider and we rode to the finish holding off achase group behind. I had nothing left for the sprint and rolled in 7th

It beats a steady commute home! 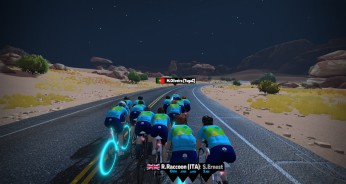 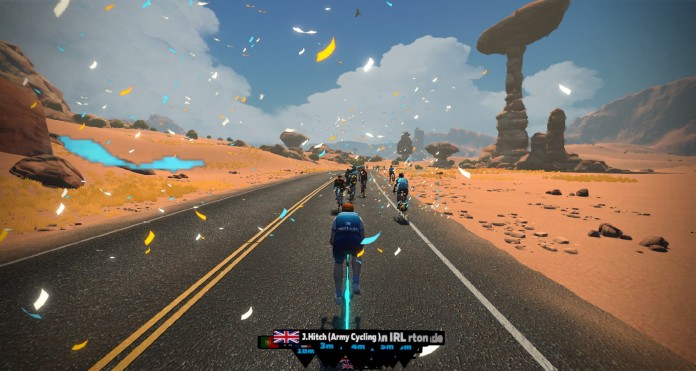